After having seen an exhibit of Edward Steichen's oil paintings at the Whitney Museum, I was very intrigued by the way he painted and photographed trees.

I went back to my studio and did a small 4"x4" study of some teal blue trees. Each time someone new came into the studio, they pointed to this image and asked me about it.

I then started looking at trees all around me, every where I went much as Constable must have become obsessed with staring at the formation of clouds in the beautiful skies which he painted. I became fascinated by the shapes of the branches and the way they interlocked, the image of one tree next to the other and how they seemed to be communicating with each other. The trees became anthropomorphic.

I sketched and photographed trees for months and then started to paint them in chalk pastel.

To me, these paintings are as much about negative and positive space as they are about "trees". I chose mostly complementary colors to really have the structure of the tree's color "pop" against the space around it. I actually painted the negative space before the positive space. "Allee" is a depiction of the allee of trees called Literary Walk in Central Park. The rest of the paintings are not site specific, thus emphasizing an abstract quality to each one of them. PRICE ON REQUEST FOR ALL TREESCAPES 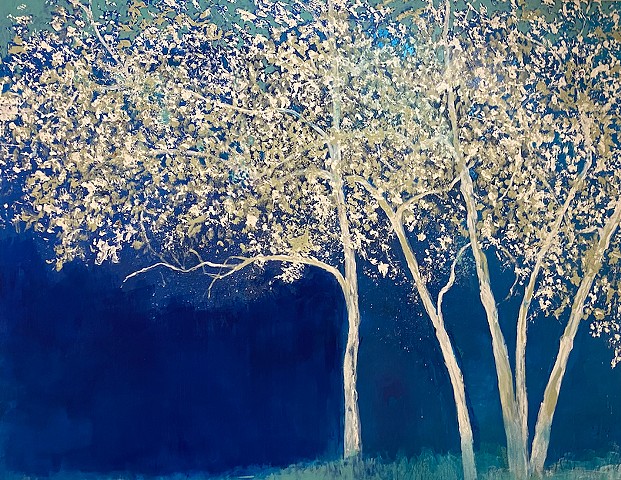 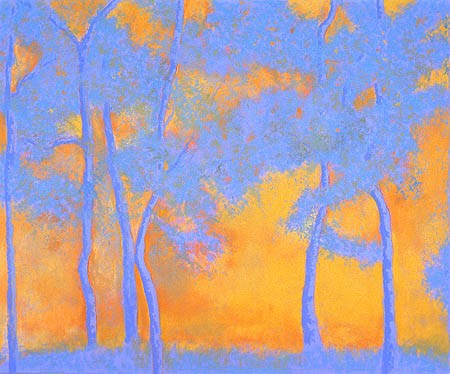 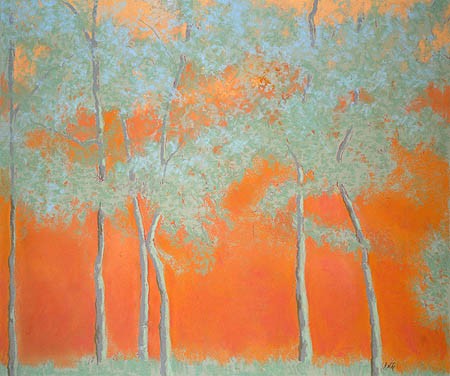 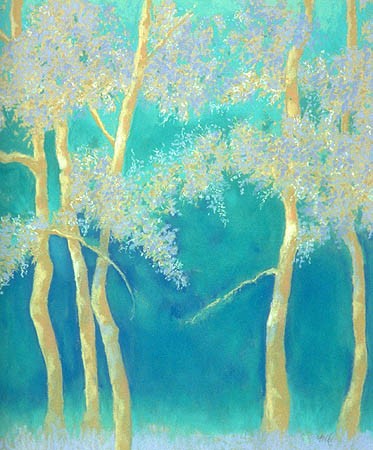 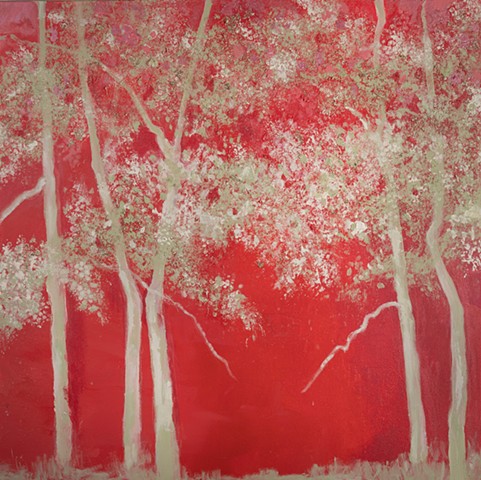 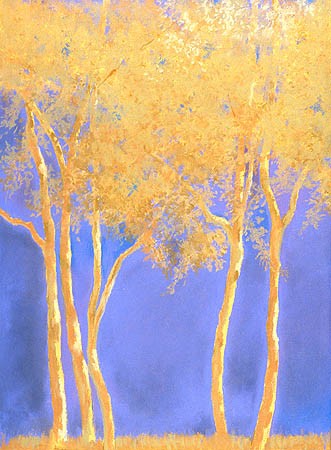 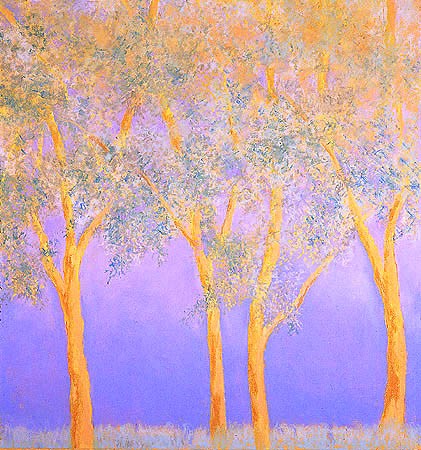 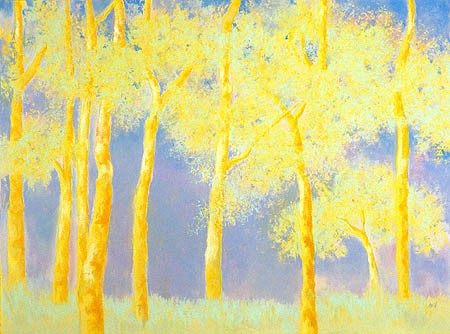 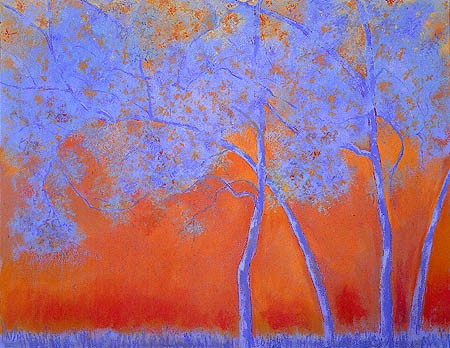 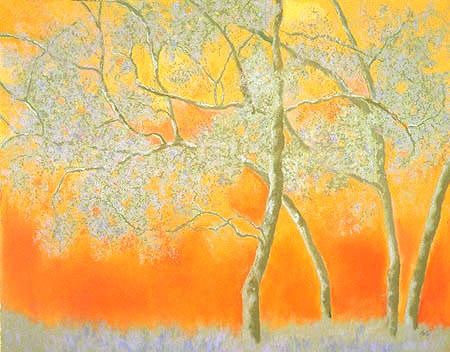 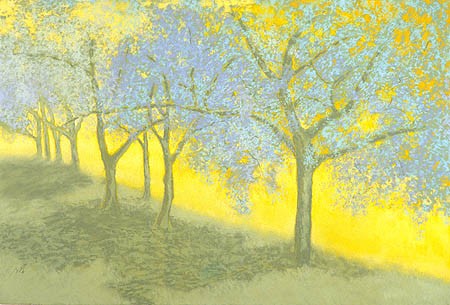 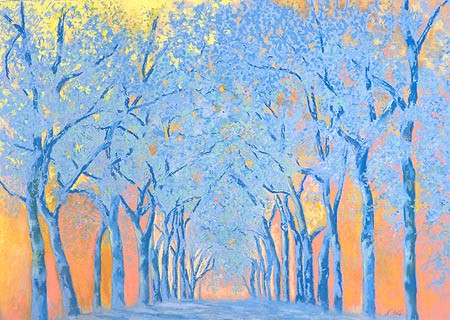 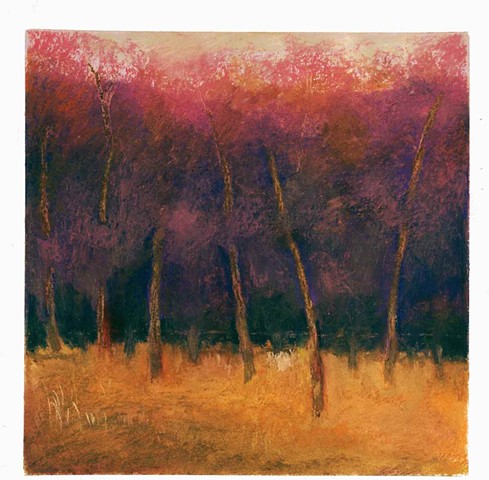 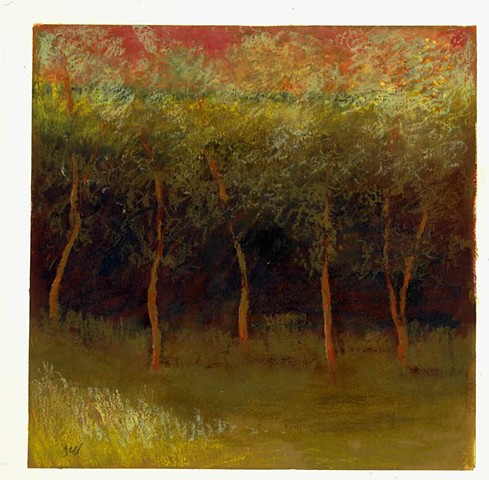